The focal point of community life since it was founded in 1706 by Governor Francisco Cuervo y Valdez. Centered around the plaza, Albuquerque's Old Town encompasses about ten blocks of historic adobe buildings. On the north side of the plaza is the San Felipe de Neri Church, the oldest building in the city, which was built in 1793. Surrounding the church, the city's settlers had built their homes, shops and government offices, many of which have since been converted into the restaurants, art galleries and shops that comprise Old Town today... read more. 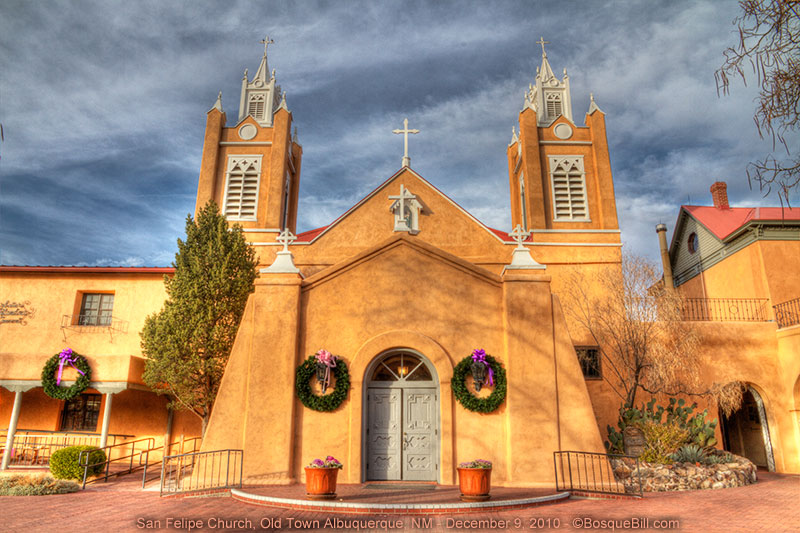 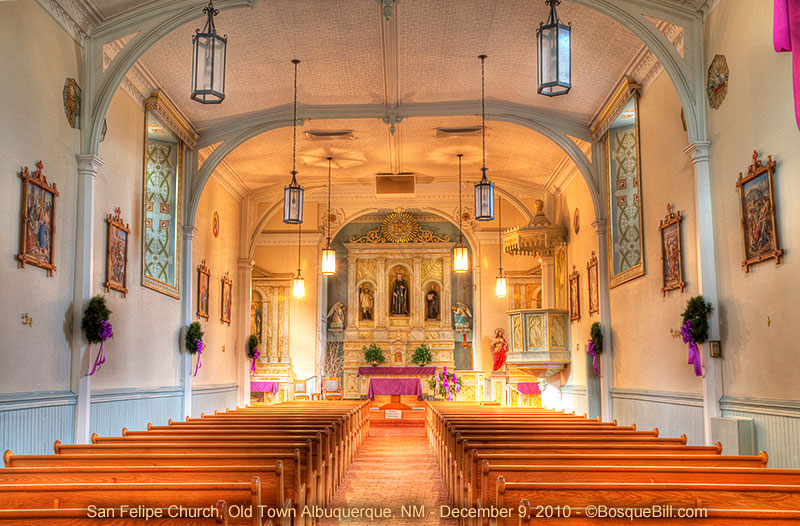 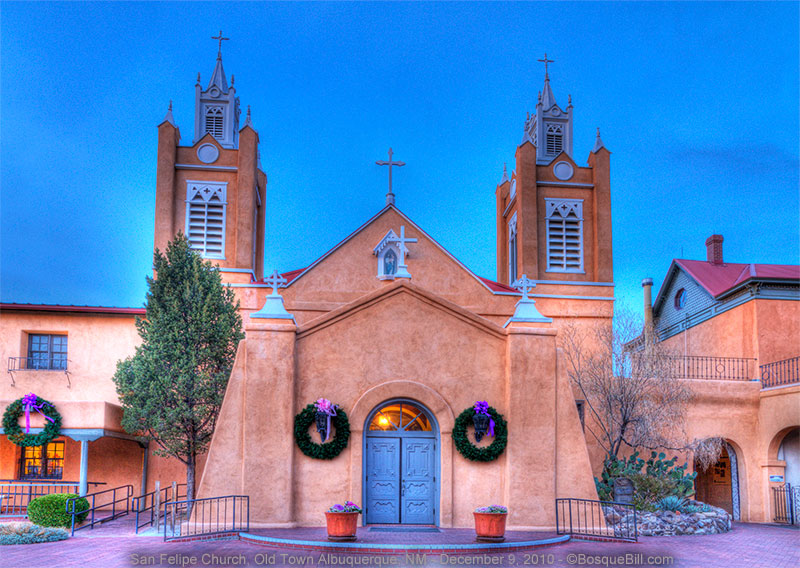 Another version later in the day. Which do you like better? 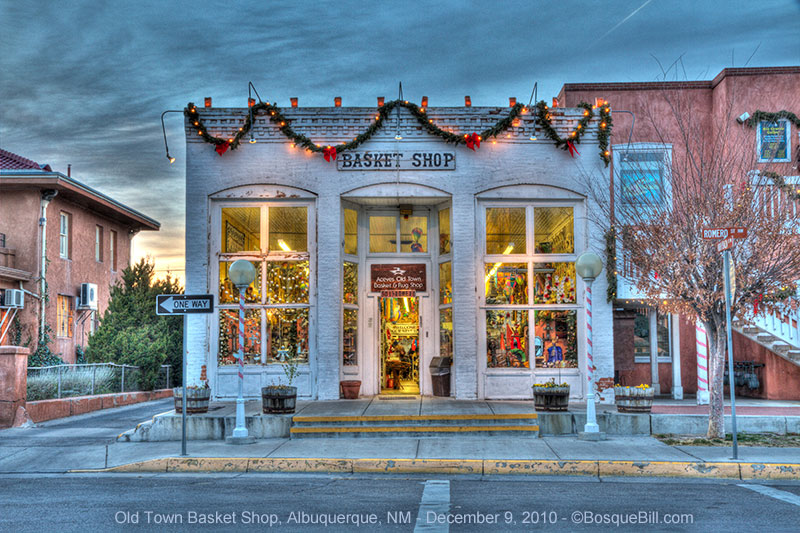 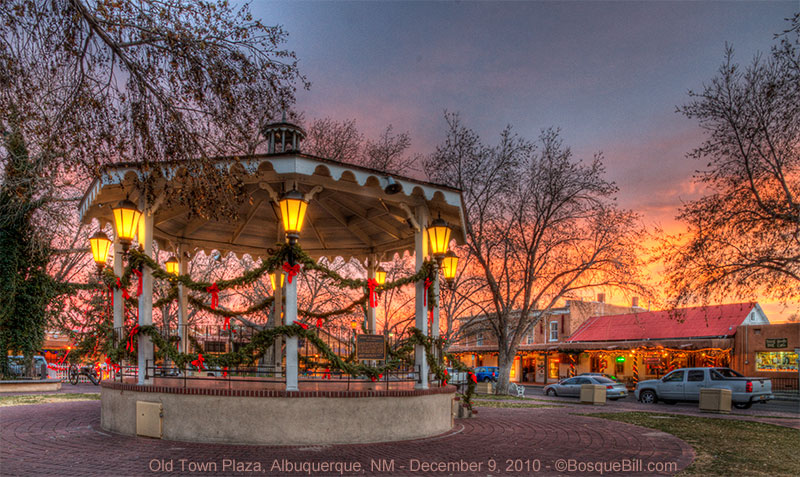 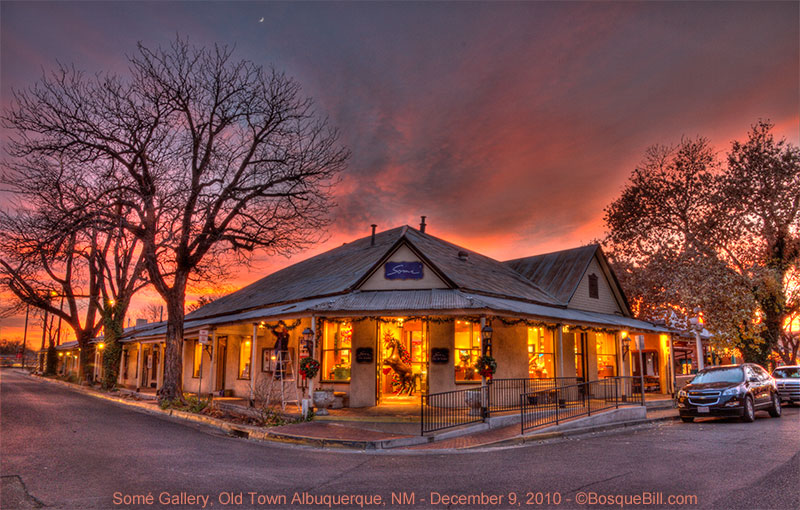 High Dynamic Range (HDR) photography which combines multiple exposures of a single scene taken using a tripod. The wide-angle lens creates a distortion that can be difficult, if not impossible to completely remove. I've used Photomatix Pro 4 for tone-mapping, followed by post-processing with Photoshop.

Taken with a Canon 7D with EFS 15-85mm IS USM lens & UV filter, and Manfrotto tripod.
Camera was set to Aperture Priority.

All photographs copyright Bosque Bill - No use without written permission.